Home » Religion » The differences between Judaism and Christianity

The differences between Judaism and Christianity 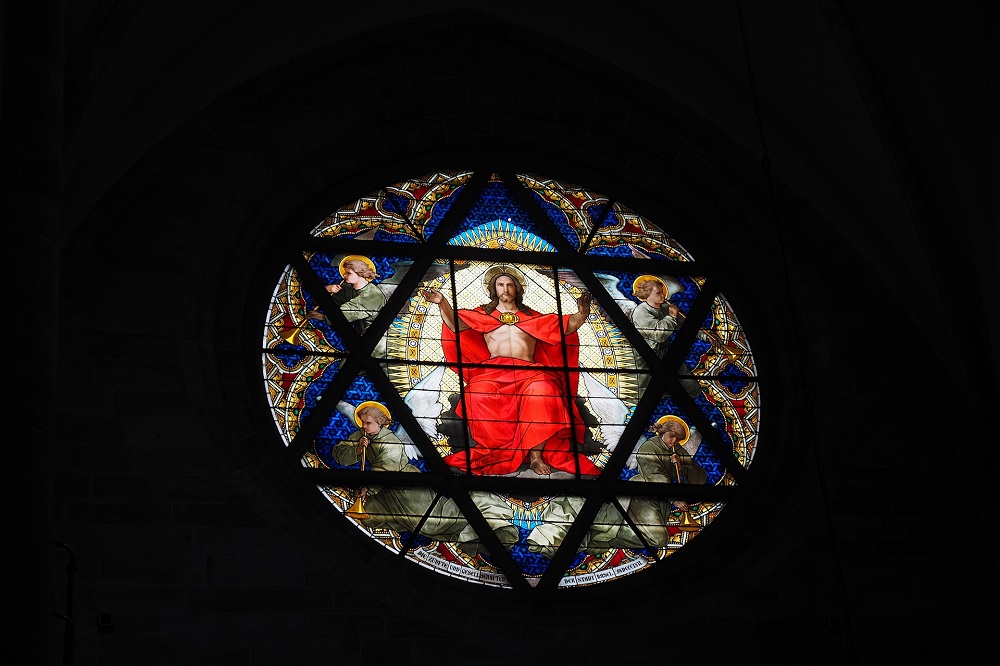 What are the differences between Judaism and Christianity? Is the God of the Jews the same as the Christians? Let’s try to discover together what divides (and unites) two of the most widespread religions in the world.

We will surely have asked ourselves what are the differences between Judaism and Christianity. It may seem like a trivial question, but the truth is that there is still a lot of confusion about it, at least in the mainstream.

This confusion, in the past, has had very serious, often dramatic, consequences. There have been those who, throughout history, have not hesitated to exploit the lack of knowledge of Christians regarding the Jewish religion, to foment hatred and persecution against the Jewish people, to whom unforgivable sins have been attributed, deserving of exile. and death.

The truth is that the God of the Jews is the same one worshipped by Christians, and no difference between Catholic and Christian could ever justify all the bloodshed over the centuries, in the name of true or presumed beliefs.

Today the Catholic Christian Church admits and recognises its inescapable bond with the Jewish people and with its faith, considering the due differences, but starting from a profound religious identity and common values that are equally important for both professions of faith.

But what are the specific differences between Judaism and Christianity?

Let’s start with the definition of Christian and Jew. A Christian believes that Jesus is the son of God, crucified, died and resurrected three days later. For this, the Christian is baptised in the name of the Father, of the Son and the Holy Spirit.

A Jew, on the other hand, is a descendant of the Jewish people and, more generally, one who follows the dictates of the Jewish religion and culture.

Central to understanding the difference between Jews and Christians is the consideration of the figure of Christ.

Christians recognise Jesus as the Messiah who came among men to announce the Kingdom of Heaven and died on the cross to cleanse the whole of humanity from its sins.

For the Jews, however, Jesus was merely a prophet, and they still await the arrival of the true Messiah, who will come to Earth to save the Jewish people and usher in a new era of peace, harmony and happiness, where righteous men will be able to prosper for the eternity. Since they do not recognise the importance of the passion of Jesus’ death, the symbol of the cross has no particular religious value for the Jews.

The places destined for prayer and the celebration of religious ceremonies also distinguish Jews and Christians.
Christians practise their worship in the Church, which is indeed a physical place but is above all a community of people gathered in faith in Christ.
The Jews instead gather in the Synagogue, a word whose meaning is “meeting house”.

Jews and Christians also differ in their relationship with the Holy Scriptures.

The Jews make references above all to the Old Testament, and in particular, to the Torah, the 5 books that make up the first part of the Bible, namely Genesis, Exodus, Leviticus, Numbers, Deuteronomy, and which tell the foundation of the Jewish people and the history of the Covenant with God. They do not recognise the New Testament, as it is centred on Jesus, which they do not accept as the Messiah.

The sacred text for Christians instead is the Bible, composed of the Old Testament and above all the New Testament.

The dimension of the Christian faith is more individual than the Jewish one, as Christians profess personal redemption through Jesus Christ, who saves from sin and elevates man above his fallacious nature, in the name of a New Covenant with God, while the Jews see salvation in the perpetuation of tradition, of the dialogue between God and the Chosen People, of the ancient covenant between God and Abraham, and then God and Moses.

Again, Christians worship God as One and Triune; the Jews claim the unity and singularity of God.

Even the sacraments are different between the two professions of faith. Catholic Christians celebrate the Eucharist and preach the importance of Confession, which is completely lacking in the Jewish religion while sharing the Sacrament of Baptism with it.

There are also further differences in what Jews believe compared to Christians. The latter venerate the saints and the Virgin Mary, so much so that they dedicate sanctuaries and celebrations to them, while the Jews venerate only God, Yahvé, whose name cannot be pronounced.

The Jewish religion in brief and the Jewish sacred texts

Abraham can be considered the first Jew, or the first man to whom God, the only creator of all things, addressed. God promised Abraham and his descendants that they would dwell forever in the land of Canaan, as long as they lived according to his dictates. As the first sign of this covenant, God ordered that every Jewish male be circumcised at birth.

Subsequently, with Moses, this covenant was enriched with the delivery by God of the Ten Commandments, and with the codification of the Torah, which contains the history of the covenant between God and the Jewish people, and which provides a guide of life and faith of every Jew. All Jews are required to respect a series of precepts (mitzvoth) which includes 613 obligations (248 positive actions to be performed, 365 prohibited actions) which govern life, work, relationships with the community, and dialogue with God. Among them is the study of religious texts, for oneself and one’s descendants, the sacredness of the family, but also dietary rules (kashrut), the obligation to do charity (zedakà) and many other rules of human and social mercy. Every man must honour and pursue his relationship with God through study and prayer, as done by the fathers before him.

We have already mentioned the importance reserved by the Jews to the figure of the Messiah, the chosen one who in the name of God will save the Chosen People and bring to Earth a kingdom of peace and happiness for all devoted men.

Traditions related to particular sacred objects, such as the menorah, the 7-armed oil lamp, one of the main symbols of the Jewish world, is also of great importance.

The Menorah: history and meaning of the Jewish candelabra
The Menorah is one of the main symbols of the Jewish world. It is a seven-branched oil lamp. In ancient times, it was lit in the Temple…

Essential for the Jews is the concept of Zedaqah, a term that means “justice“, and which is often associated and accompanied by “charity” since for the Jewish tradition an upright and just man must help the needy. So moral help is combined with material help, with often anonymous donations, which depend on the financial situation of those who donate it, and, more generally, with the offer of care, time and energy.

As for the books sacred to the Hebrews, in addition to the aforementioned Torah, we mention the Mishna, one of the fundamental texts of Judaism, collects all the commandments, the teachings delivered on Sinai by God to Moses and perfected over time by the rabbinic tradition. The Talmud instead contains the discussions and teachings of the Masters.

What the Jews call God

The Jews never utter God’s name, referring to him as Hashem, “the Name”, or, when they pray, with Adonai, “the Lord”. The term YHWH, the Tetragrammaton, defines God in the sacred texts.