Basilica of Our Lady of Guadalupe in Mexico City 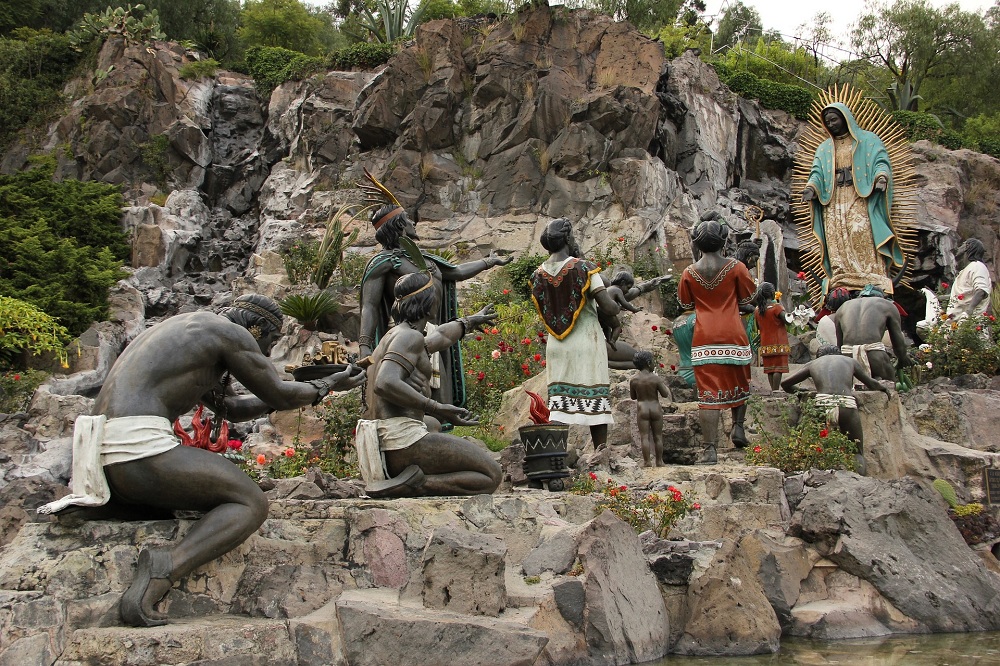 The Basilica of Our Lady of Guadalupe is dedicated to Our Lady of Guadalupe, protector of all Spanish-speaking people and patron of America. Situated on Mount Tepeyac in Mexico City, it is one of the most visited places of cult in the world. Where does this particular and important form of devotion come from?

What is the story of Our Lady of Guadalupe, also known as Mexican Madonna?

The cult of Our Lady of Guadalupe, or Virgin of Guadalupe, has ancient and very charming origins. It is related to the apparitions between December 9 and 12, 1531, on the hill of Tepeyac, a small upland near Mexico City, where Juan Diego Cuauhtlatoatzin, one of the first Aztec that converted into Christianism, told about meeting the Virgin Mary multiple times.

Those apparitions were never recognized by the Church with an official decree but belong to the category of the private revelations according to the Catholic doctrine; their peculiarity is that the Virgin that revealed herself to Juan Diego had the looks of a young girl of mixed race, with dark skin and black hair. The mantle the man was wearing during one of her apparitions, the so-called tilmàtli, or tilma, shows that. The image of a young girl with dark skin is miraculously impressed on two cloths of agave fibers sewn together; she is surrounded by sunbeams and an angel is sustaining the moon under her feet.

In 2002, Pope John Paul II declared Saint Juan Diego, and on December 12, Our Lady of Guadalupe is celebrated throughout Mexico.

The history of the Basilica of Our Lady of Guadalupe

The story of the Basilica is long and articulated. During her first apparition, on the morning of December 9, 1531, the Virgin asked Juan Diego to have a temple in her honor built at the feet of the hill. Regardless of the initial skepticism, the bishop believed the words of the man in front of the miraculous tilma. That is how a chapel was built in the place indicated by Juan Diego, just like the one the Virgin told him, where the tilma was enshrined. In 1557, a bigger chapel replaced this first temple, and in 1622, a consecrated sanctuary was built.

In 1976, the Basilica of Our Lady of Guadalupe was inaugurated and became one of the most important places of cult of the Catholic world. Actually, the New Basilica is not just a simple shrine, but also a much wider religious complex, a real sanctuary made of different places of cult. The first look at it is just spectacular. The two Basilicas dominate the large yard: the new one, the Basilica of Saint Mary of Guadalupe, and the old one, the Expiatory Temple to Christ the King. It is a majestic view, rich of mysticism.

The Sanctuary is the most important place of cult in Mexico and all Latin America, and the most visited in the world; it welcomes about 20 million peregrines each year. 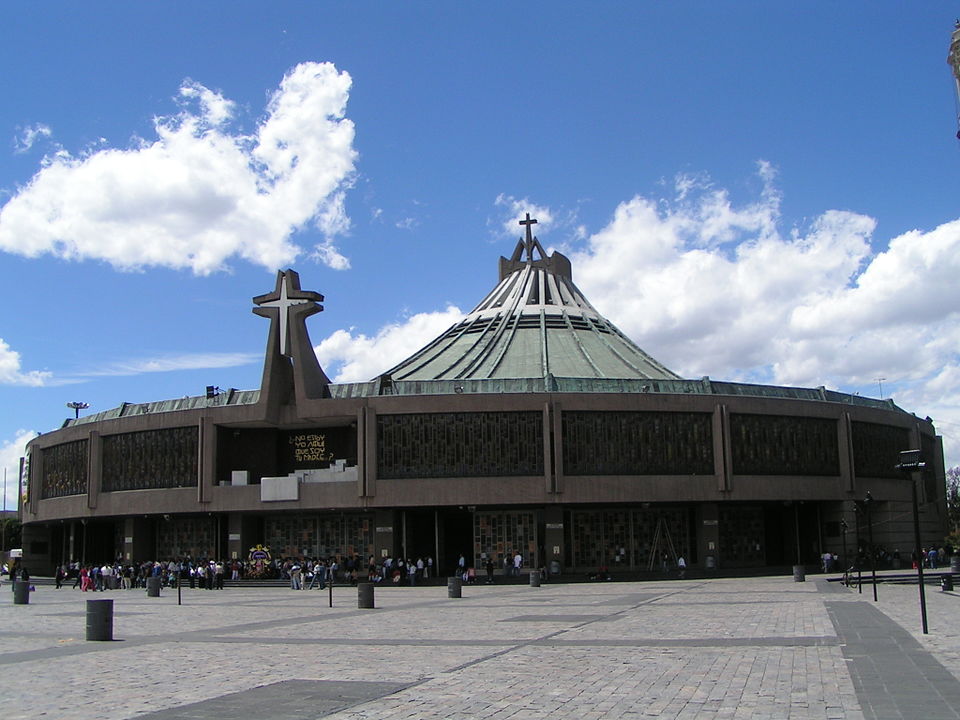 The Basilica of Saint Mary of Guadalupe

This is the main temple of the sanctuary and just a part of the Basilica of Our Lady of Guadalupe. It has a modern look and rises on the exact place where the previous chapel, which was sinking in the subsoil, was built. It was inaugurated on October 12, 1976, and was declared minor Basilica by Pope Paul VI.

Expiatory Temple to Christ the King

This is the old Basilica built in the XVII century, and in 1749 received the title of collegiate. A collegiate is a church where a chapter or a college of clerics called canonic is instituted; they are entrusted with the cult according to particularly solemn methods. It was elevated to Basilica in 1904, and since the 70s, it was involved in an impressive restoration work, in order to save it from collapsing.

The Temple of the Pocito is a church situated close to Mount Tepeyac. It was built in 1791 to limit the number of peregrines marching towards a well situated on the mount of the apparitions, whose waters were famous for their miraculous properties.

Unfortunately, the crowds of sick people bathing themselves in the curative waters led to the spread of terrible epidemics. That is why the small temple at first, then a baroque style church later, were raised. The revolutionary José Maria Morelos y Pavón was granted his last wish to pray in this sacred place before he was executed in 1815.

The Temple of the Pocito hosts many fine frescos dedicated to the Miracles of the Virgin made by the painter Fernando Leal between 1945 and 1950.

This is a small church on the Western side of the Old Basilica. It was designed by the architect Ignacio Costera and was built in 1887. It is the former convent and church of the Capuchin nuns of Saint Mary of Guadalupe.

How to get to the Basilica of Our Lady of Guadalupe

The distance between Mexico City and the Basilica of Our Lady of Guadalupe is about 6 km. There are several ways to reach the Basilica from Mexico City: you can take line 4 of the subway, probably the cheapest way, and it takes about 35 minutes; the night bus number 11 from Avenida Paseo De La Reforma – Metro Hidalgo, which gets to Cantera La Villa in about 20 minutes; by taxi, which takes about 10 minutes. Many also choose to walk.