Home » Religion » The meaning of the Tree of Life

The meaning of the Tree of Life 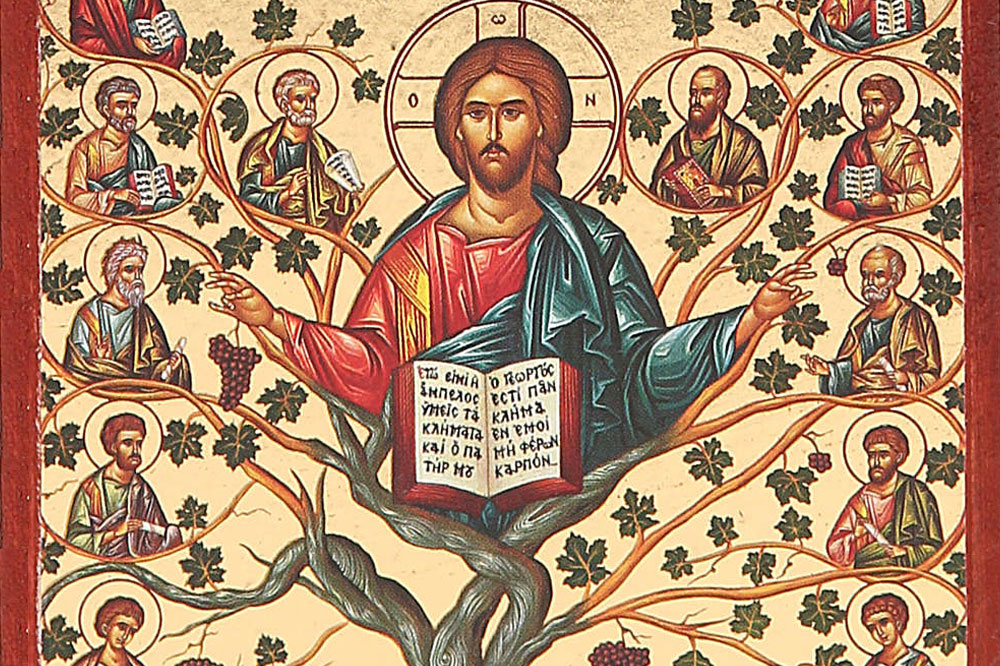 All religions, since the origins of mankind, are somehow tied to trees.

We already explored this subject in a previous article, lingering on some of the 100 trees and plants cited in the Sacred Scriptures, and besides them, on how plants have been appointed with a deep religious meaning throughout times.

Let’s just think about the wheat seed, associated to the word of Christ and His own sacrifice, He, who died in the ground to be born again and give fruits, like a seed.

Or the olive, another symbol of Jesus and of the renewed alliance with men wanted by God, sanctioned by His death on the cross.

We can think of the spruce of course, which we decorate every year for Christmas, and like every other evergreen, symbol of Christ resurrection and rebirth, but which was already present in previous civilizations such as the Celts and the Greeks, and associated to the concept of hope, new life and fertility.

The tree of life deserves a special mention. It appears in the Holy Scriptures, from Genesis to Revelation, and was present also in the Hebrew culture first, and Christian culture after, acquiring deeper and more spiritual meanings along the way.

It was a tree that God planted in the Garden of Eden, right next to the tree of knowledge of good and evil. Until Adam and Eve could feed on the fruits given by the Tree of Life, they were both immortal, untouched by the flow of time, old age nor sicknesses. Sacred texts teach us that, by committing sins of pride and arrogance, the two ate the fruits provided by the other tree, the tree of knowledge of good and evil, even though God ordered them not to. With this unfortunate and rebel action, they condemned all men and women to wander through the world and to live with sin and pain.

“The man has now become like one of us, knowing good and evil. He must not be allowed to reach out his hand and take also from the tree of life and eat, and live forever.” (Genesis, 3:22)

Consequently, men were banned from the Garden of Eden and from the inestimable gifts given by the Tree of life. Knowledge, the perception of oneself, of our own wishes and others wishes, marked the beginning of the end. Only by staying pure and innocent, one could benefit from the fruits of immortality. Shame, envy, extortion and war are all generated by this stolen knowledge, which men clearly cannot handle, and that will quickly cause the wrath of God, so hard that He will unleash the great Deluge.

However, despite the man’s sin and consequent ban, the Tree of life does not disappear from sacred texts. God, in his endless goodness and foresight, leaves a glimmer of light for His rebel sons. There will come a day when worthy men, those who will have been able to listen to God’s Word and live according to His precepts, will be able to enjoy the fruits given by the Tree of Life again, along with all other joys of Heaven: “Whoever has ears, let them hear what the Spirit says to the churches. To the one who is victorious, I will give the right to eat from the tree of life, which is in the paradise of God.” (Revelation, 2:7)

In fact, in the New Jerusalem, the city of elected ones that will be awakened by Christ to live a new era of peace and glory on Earth, we will find the Tree of life again: “On each side of the river stood the tree of life, bearing twelve crops of fruit, yielding its fruit every month. And the leaves of the tree are for the healing of the nations.” (Revelation, 22:2)

But the promise concealed by the symbol of the Tree of life goes well beyond.

Because the river running through the new Heaven is the Word of God, as we can read in many quotes from the sacred texts, and in it we can live every day of our life starting from now, enjoying His nourishment, His holy water, as if we were trees ourselves: “Blessed is the one who does not walk in step with the wicked or stand in the way that sinners take or sit in the company of mockers, but whose delight is in the law of the Lord, and who meditates on his law day and night. That person is like a tree planted by streams of water, which yields its fruit in season and whose leaf does not wither — whatever they do prospers.” (Psalms, 1:1-3)

This simile between those who believe and live following our Lord’s will, and the trees full of fruits growing along a lively and fresh river recurs also in other passages of sacred texts, in the words of prophets and sages.

The Tree of Life associated with the Cross

Therefore, we can be trees of life ourselves, rich in fruits everyday, every season, if we only let the Holy Spirit’s enlivening water keep running inside us and quench our thirst, and nourish us.

Another meaning attributed to the Tree of life inside the Christian sphere is Christ’s cross. It is indeed thanks to the cross that Jesus established our salvation, deliberately choosing to offer himself in order to bring life where there was only death.

In this vision, quoted in many passages of the sacred texts, the cross is compared to a tree. For example, in the Liturgy of the Exaltation of the Cross, we can read:

“For you placed the salvation of the human race on the wood of the Cross, so that, where death arose, life might again spring forth and the evil one, who conquered on a tree, might likewise on a tree be conquered, through Christ our Lord” (preface).

Men lost their grace by going against God, defying him, acquiring the knowledge of good and evil, and with it, originating sin in all its forms. Adam tried to become like God, without having the skills, nor the right. A son defying his Father, with the arrogance and impudence typical of who, too young and immature, does not understand the extent of his own actions.

And here is a new Son, standing tall to defend humanity, a Son that recognizes his Father’s superiority and will so much, that he is willing to be nailed to a cross to fulfill His plan. Jesus accepted his fate with humility and obedience, and for his act of submission, the Cross on which he dies became the new Tree of Life. The faults of mankind have been washed from blood and water that spilled from Jesus wounds, and the original sin has been questioned. The cross is the new Tree of life, and gave us hope to be saved, to be able one day to enter the new Heaven, if we will follow Jesus advice and we will know: “how to recognize the greatness of God and accept our smallness, our condition of creatures, letting the Lord fill it with his love” (Pope Benedict XVI, General Audience of February 6th 2013)

The tree of Life into different cultures

Today the Tree of life has become a symbol that goes beyond Christian values, taking much from paganism and eastern philosophies. But the truth is, as it is for any other symbol, that the important thing is what we see in this symbol.

In all cultures and religions, the Tree of life is anyway a vital symbol, which regenerates and gives hope and strength. Its roots symbolize our origins and our internal strength, which has to be solid and resistant; the trunk is life itself, which spans between the past and a future that is rich in luxuriant leaves and fruits.

Giving someone a necklace with a Tree of life pendant will always be a good way to wish him good luck on a new beginning, whether it is a new job, a new life, a relocation to a new house or a wedding. It is a way to remember that we would never be what we are now, if we had not been something different before; just a tiny seed that rooted deeply into the ground, generating a tree with solid roots and branches towards the sky. If we were able to choose our nourishment wisely, our Tree of life will grow more and more luxuriant, and rich of precious fruits.