Home » Saints and blessed » The Canticle of the Creatures of St. Francis

The Canticle of the Creatures of St. Francis 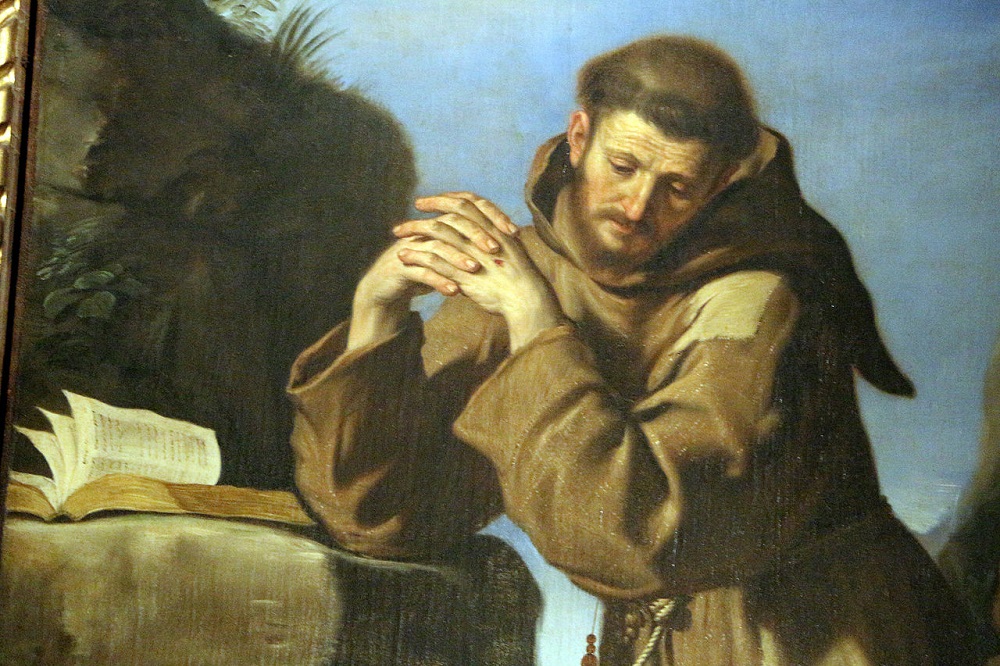 St. Francis of Assisi is one of the most loved and venerated saints by the Catholic Church. Close to the poor, brother of the least, he made love for all God’s creatures his life mission and the emblem of his faith. The Canticle of the Creatures of St. Francis, a prayer that is also a love poem.

St. Francis is considered, together with St. Catherine of Siena, the patron saint of Italy. Jorge Mario Bergoglio wanted to choose his name when he was elected Pope in 2013. His memory is celebrated on 4 October. His life, the unstoppable desire that led him to deny all that belonged to him, all that he was, in the name of faith, have made him over the centuries an emblematic figure, often misunderstood. Francesco was certainly misunderstood by his contemporaries, unable to understand how the rich scion of a family of Umbrian merchants could give up a life of revelry and pleasure, to embrace absolute poverty.

His real name was Giovanni di Pietro di Bernardone (Assisi, 1181 – Assisi, October 3, 1226). His father, Pietro di Bernardone, ran a rich trade of fine fabrics, many from Provence, which the man resold in the Duchy of Spoleto. It is reasonable to think that Francis’ childhood and youth took place with ease. Protected by his family, the boy grew up carefree, amidst listless studies and entertainment with his peers. He was certainly destined to support his father in the commercial activity, but fate had something completely different in store for him. Captured during the war between Assisi and Perugia, Francesco experienced imprisonment and illness, and perhaps it was precisely in that terrible period that the boy began to mature his conversion. Back home he spent his convalescence in his father’s possessions, outside the city, away from the revelry and bad habits to which he was dedicated and immersed in nature. His desire to fight had not disappeared, however, because, once healed, the young man wanted to participate in the Crusade of 1203. He fell ill again and had to give up his plan, but a profound, inexplicable change was already underway in him. Suddenly Francis seemed to have been seized by a fever of love, which he addressed above all to the poor, the defenceless, the marginalised, the sick. He gave them what he had, his father’s goods, but also the clothes he wore, and he was not afraid to hug and kiss infected men and women. He began to shy away from the company of friends and to retire to solitary places, and it was on one of these occasions, while he was praying in a small country church, in front of the Crucifix of San Damiano, that Francis told of having heard the Crucifix address him with these words: “Francesco, go and repair my house which, as you can see, is all in ruins.”

Believing that the rumour was referring to the church where he was praying, the boy returned home, sold his father’s fabrics and his horse and donated the proceeds to the priest who ran it, who however refused for fear of reprisals by Pietro Bernardone. In an extreme attempt to make his son come to his senses, the latter dragged him before the consuls of the city, to be tried, but Francis appealed to the bishop and in front of him he publicly renounced the goods and the name of his family, literally stripping himself of every means.

Thus it was that Francis embraced his new life, made up of poverty, almsgiving, hardship, but above all of the total love, of a perfect and ideal union with the creation and with all its creatures, in perfect harmony of spirit. In this new vision, revolutionary for his time, Francis entrusted himself to Jesus, his example and model, and conceived his Canticle of creature.

The Cantico of Creature, or Canticle of Friar Sole, was composed by Francis around 1224, only two years before his death which took place in 1226. It is one of the oldest texts in Italian literature, the first of which the author is known. It is a poem, but it is also a prayer, which expresses love for creation as love for God. Respect for nature and animals had never been taken into consideration, they did not belong to the mentality of the time. Francis makes it the centre of his poetics and his faith, praising a sense of brotherhood with the world and with all its creatures. The whole world, insofar as it is not only created by God, but a reflection of God is worthy of love, and by loving creation, man manifests his love for God. It is no coincidence that Francis calls all creatures “brother” and “sister“, even death. Everything is good because it is part of creation.

We must not think that the Canticle of Creatures is devoid of depth, a simple and naive way of expressing one’s faith. Beyond the poetic richness of the text, written in the Umbrian vernacular, with Tuscan and French influences and Latinisms, and the wise use of assonances and rhetorical figures, which betrays the studies carried out by its author, in the Cantico Francesco chooses to celebrate God starting from a different assumption from that carried out by the doctors of the church until then. Leave aside the philosophical and theological dissertations, to abandon yourself to the mystical ecstasy suggested by the perception of reality, by living immersed in it, as an integral part of creation. A sensory and profound experience, which through creation allows us to ascend to God the Creator and Father.

Francis begins his Canticle by premising that no word of praise uttered by man is worthy of God, but nevertheless raises his song to the Creator, with humility and infinite love, through the sun, the moon, the stars, the four fundamental elements, wind, water, fire and earth, all seen from a positive perspective. Francis also addresses death, which will in any case be kind to those who will die respecting God’s will.

St. Francis and the animals

In the Canticle of the Creatures, Francis does not speak directly of animals. But mention the flowers, fruit, grass and all the creatures that populate the world that God has built. Francis dialogued with nature, he felt part of creation, and as such the brother of every living being. Numerous stories see him as the protagonist together with animals of all kinds. Perhaps they perceived his goodness, his sense of belonging, which led him to live in harmony and respect with all of them. After all, the saint was certain that no animal could ever harm him if he hadn’t hurt it first. Let’s think, for example, of the wolf that terrified the inhabitants of Gubbio, and that he was able to tame gently. He believed in the supreme harmony of the earthly Paradise, and he tried to find it every day in the world around him, and to rebuild it as far as was in his power. Even in the prayers of the saint, hares, fish, lambs and birds are used. In many stories he, having received fish, birds or lambs as gifts, to eat them, preferred to free them, and the little creatures remained beside him as if they knew how good that little man could be. Particularly poignant is the legend relating to 4 October, the day when we commemorate the death of the saint. It is said that shortly before his death Francis wanted to sing the Canticle of the Creatures for the last time, but he had no voice to do so. The larks, heralds of the morning, came to his aid, even though it was evening, and they sang with him, accompanying him gently in death.

Art and iconography have often wanted to remember this particular aspect of St. Francis. He always appears wearing the brown robe that will become characteristic of the Franciscan order. He had chosen her because she was humble and recalled the colours of the earth, of which she helped him feel part of it. In many representations, Francis appears surrounded by animals, intent on taking care of them, or protecting them, or praying with them beside him. Today, more than ever, his example of humility and love for nature, of profound respect for animals should guide the actions of men, to guarantee a future for the new generations and the planet.